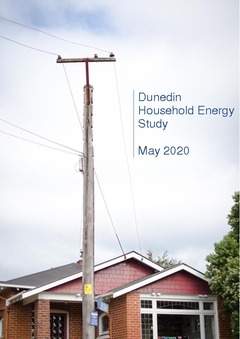 Dunedin Household Energy Study FINAL.pdf (1.378Mb)
Cite this item: Stephenson, J., Brown, C., & McDonald, H. (2020). Dunedin Household Energy Study (Project Report). Retrieved from http://hdl.handle.net/10523/10172
Permanent link to OUR Archive version: http://hdl.handle.net/10523/10172
Abstract:
The study, undertaken for the Dunedin City Council, interviewed 19 Dunedin households about their household behavior, decision-making and aspirations with regards their heating and transport choices. The households represented all four ‘energy cultures’ clusters and a wide demographic range. Key findings include: 1. In general, participants were aware of the environmental implications of their heating and transport choices. Many were interested in making changes (for a variety of reasons, not just environmental). Some had already made significant low-carbon changes or were planning to do so but faced barriers. 2. Most households already used low-carbon forms of heating (wood fires or heat pumps). Some used scarcely any heating. One household used coal for heating. 3. Households with floor, ceiling and wall insulation reported greater satisfaction with warmth than those that had only floor and/or ceiling insulation. There did not seem to be any consistent relationship between warmth satisfaction and the presence of double glazing. 4. Some households made conscious use of the sun for passive heating. Many were also interested in solar water heating and solar generation (PV). 5. Households were mainly reliant on the use of private cars for transport. Two used public transport on occasion. Two had electric vehicles. Public transport was scarcely used, with a major barrier being its lack of convenience. 6. Although many interviewees were interested in acquiring electric vehicles, there was concern and confusion about their environmental impacts. This appeared to be a major barrier in addition to the up-front cost barrier. 7. Household heating choices were largely driven by notions of comfort. In contrast, their transport choices were largely driven by the desire for independence and time-efficiency. 8. There was generally a greater willingness to make changes to material assets than changes to behavior. This is particularly interesting because material changes are usually far more costly than behavioural changes.
Date: 2020-05
Keywords: Household energy; home heating; transport; Dunedin
Research Type: Project Report
Languages: English