The Brain of Melchizedek: a Cognitive Neuroscience Approach to Spirituality 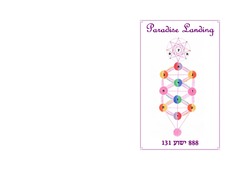 Spiritual Revelation (515.5Kb)
DavisJefferyJJ2009MSc.pdf (1.705Mb)
Cite this item: Davis, J. J. J. (2009, March 30). The Brain of Melchizedek: a Cognitive Neuroscience Approach to Spirituality (Thesis, Master of Science). Retrieved from http://hdl.handle.net/10523/1855
Permanent link to OUR Archive version: http://hdl.handle.net/10523/1855
Abstract:
As a scientist, a person in integrity and loyal to deity, I consider the most important undertaking to understand and communicate the neuro-genetic implications of Spiritual and Behavioural Values to the attainment of Social Harmony and Peace. This is why this thesis bears the name “The Brain of Melchizedek”, in honour to the King of Righteousness, The King of Peace (as portrayed in the Torah) the bearer of a brain encoded with a map to living in harmony and peace. The Brain of Melchizedek is to be understood under “The Connective Paradigm of Melchizedek” which presents a clear distinction between Behavioural and Spiritual Values. This has profound implications in the understanding of the neuro-genetic aspects of peace and social harmony. The main body of the thesis covers many aspects of cognitive neuroscience and consciousness bringing to the attention of the reader that: 1. Neuroscience has approached spirituality from the thought that the brain is a bounded information processor, which has data packages and routines aimed at the survival of the organism as a self-system. 2. The brain as a physical system is however different than such a system because (a) it is ecologically engaged; (b) it is a quantum electromagnetic device in a quantum field (as is everything else in the world). 3. The combination of neuroscience thinking, philosophical thinking about meaning and consciousness and quantum thinking requires conceptual blending. 4. The result of the works of conceptually blending spiritual experience and scientific research is the emergence of the Paradigm of Melchizedek. That paradigm has a chance of making sense of puzzling things about the human brain and spirituality. 5. In the Paradigm of Melchizedek the individual becomes attuned to a value structure inherent in creation rather than a system of beliefs and behaviour even though beliefs and practices may steer you towards it. 6. This leads to the acquisition or inheritance of The Brain of Melchizedek, which enables a cognitive map geared towards peace, harmony and altruistic action by the agency of Spiritual Values. 7. All of the above is crucial in the understanding of the difference between the survival mechanisms of the brain and the higher cognitive functions related to constructive creativity, moral action and the appreciation for beauty amongst others 8. Throughout the whole thesis emphasis is made to adopt a systemic and holistic view with the aid of the application of Non Linear Systems Theory and Dynamical Systems for the study and understanding of Cognition and Consciousness. This is a very unusual attempt in the area of science and as a natural consequence immediately presents an immense challenge with its comforts and discomforts. To be a Scientific Spiritual Synthesis it must acknowledge both Science and Spirituality reflecting the spiritual nature of the paradigm it proposes. This requires an open mind to the study, understanding and comprehension of cognition and consciousness. Though it is outside of the body of the Thesis, I have also included “Paradise Landing”, a revelation on Spiritual Values which is a fundamental Pillar of inspiration to this work. The original document in Spanish is held in the archives of The Spiritual Nation of Israel Reborn.
Date: 2009-03-30
Advisor: Gillett, Grant
Degree Name: Master of Science
Degree Discipline: Cognitive Science
Keywords: Spirituality; Cognitive Neuroscience; Consciousness
Research Type: Thesis
Languages: English
Notes:
A new paradigm for the study of consciousness and spirituality.

Except where otherwise noted, this item's licence is described as Attribution-NonCommercial-NoDerivs 3.0 New Zealand