Bayesean Analysis as a Predictor of outcome rate. 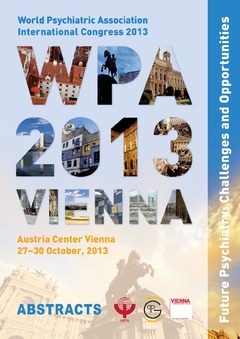 Link to publisher's version
Cite this item: Gale, C., Glue, P., Gallagher, S., & Gray, A. (2013). Bayesean Analysis as a Predictor of outcome rate. Presented at the World Psychiatric Association International Congress.
Permanent link to OUR Archive version: http://hdl.handle.net/10523/4535
Abstract:
Power calculations in clinical trials depend on an estimation of a change in effect size, and this depends on an estimation of the rate of the (measured) event in the population. It may be that using a Baysian approach authors would be able to better estimate the rate of events, which would help with estimation of power. We used a data-set on early intervention described elsewhere (Gale, in press). We identified three where a transition rate and was available and we could estimate a post screen probability of transition to psychosis. Using Bayes' theorem, we estimated the screen positive (using the CAARMS) transition rate in the first trial at 11.1%. Screen positive participants, at six month follow-up, had a transition rate of 10.1%. (Yung 2006). The same authors reported two year follow-up: we estimated the transition rate at 17.2% and the reported rate was 16.0%. Another author used the PRIME questionnaire: we estimated the rate of transition at 17.2% and the reported six month follow-up rate was 11.9%. These results are preliminary. However, this may be a more appropriate method than using earlier trials, particularly if the rate of events is changing (McGorry, 2002)
Date: 2013
Pages: 139-
Conference: World Psychiatric Association International Congress, Vienna, Austria
Keywords: Baysean; Early Intervention; Psychosis; Screening
Research Type: Conference or Workshop Item (Oral presentation)
Languages: English
Notes:
Attaching the electronic copy of the abstract book.

Except where otherwise noted, this item's licence is described as Attribution 3.0 Unported