Campus climate for students with diverse sexual orientations and/or gender identities at the University of Otago, Aotearoa New Zealand 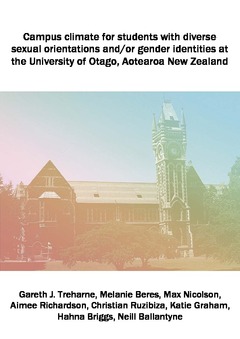